For the second year in a row, the Flannery O’Connor Childhood Home in Savannah Georgia hosted an art exhibit and auction to raise money for maintenance and operation.  This year’s show, “Southern Discomfort 2” was held on January 31, and I was pleased to take part. 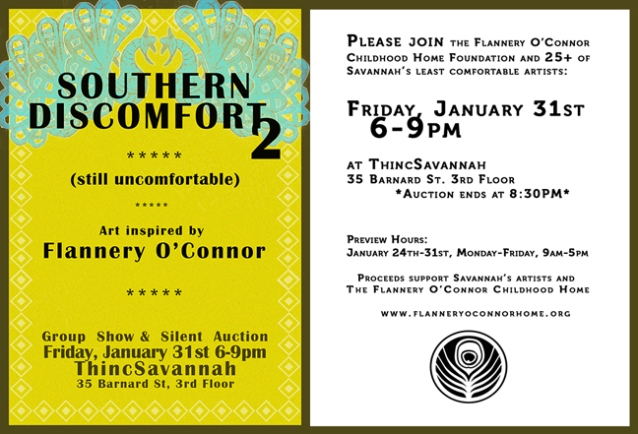 The crowd was enthusiastic, the Flannery-related art work was varied—even the food was “appropriate.” 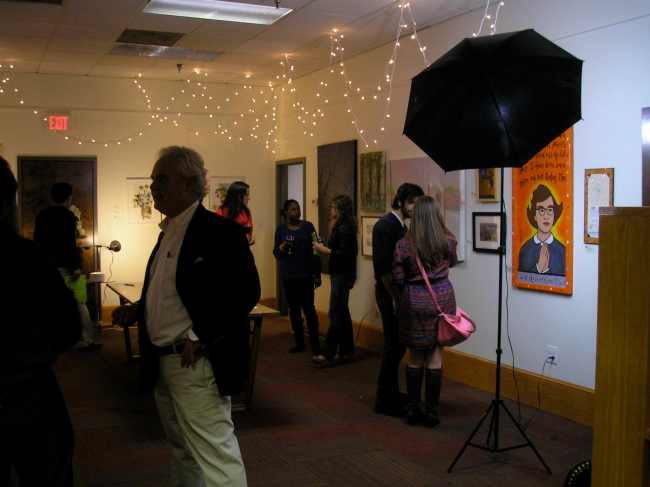 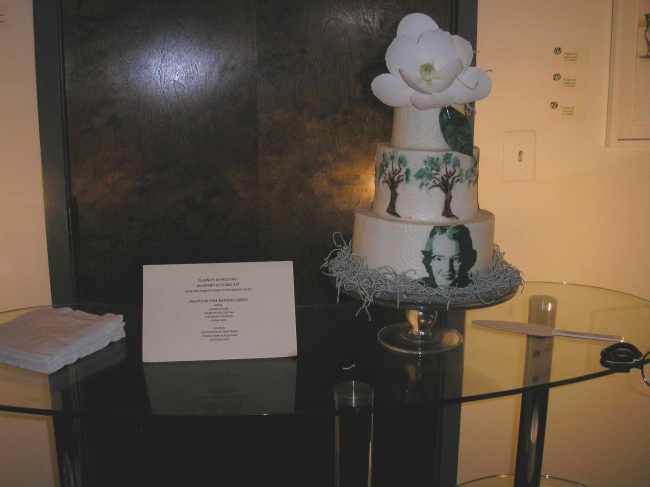 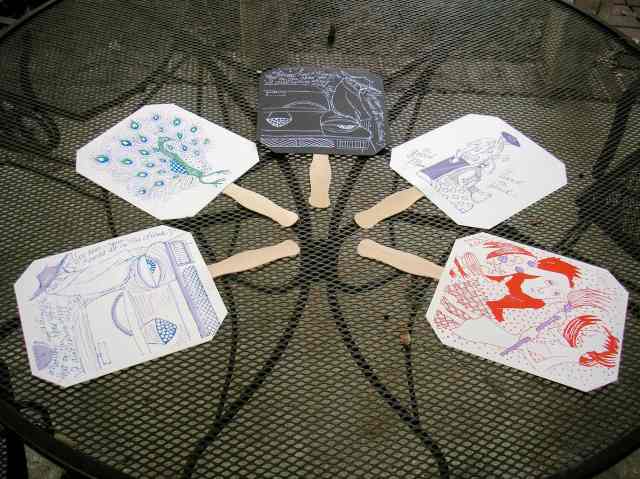 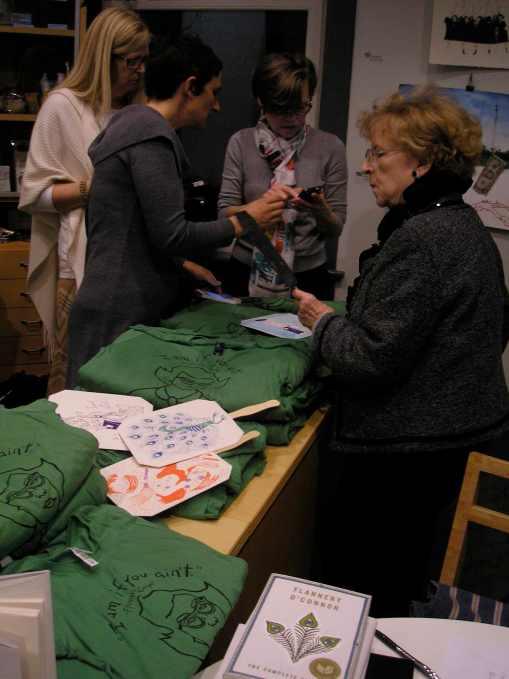 I mounted one of the fans to sell as a piece of wall-hanging art. 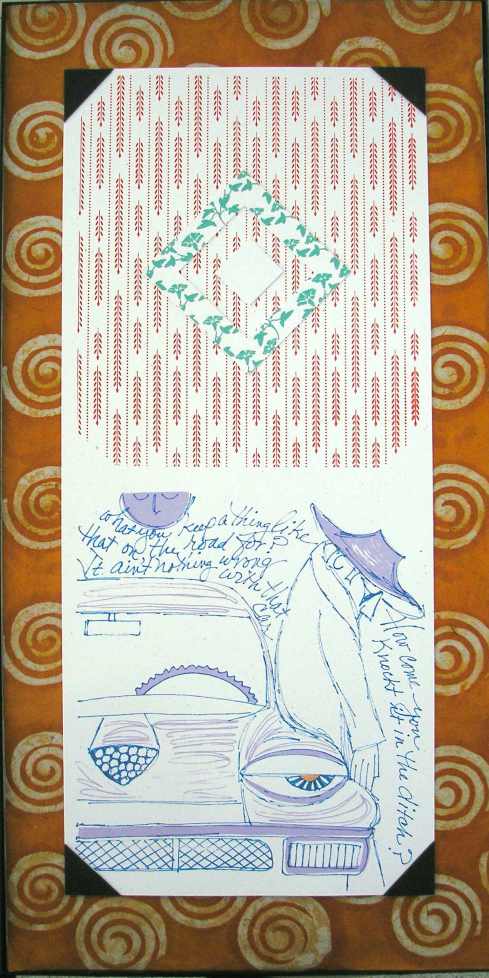 That won’t mean much unless you’ve read Flannery O’Connor’s novel Wise Blood—but this was a crowd sure to “get it.” 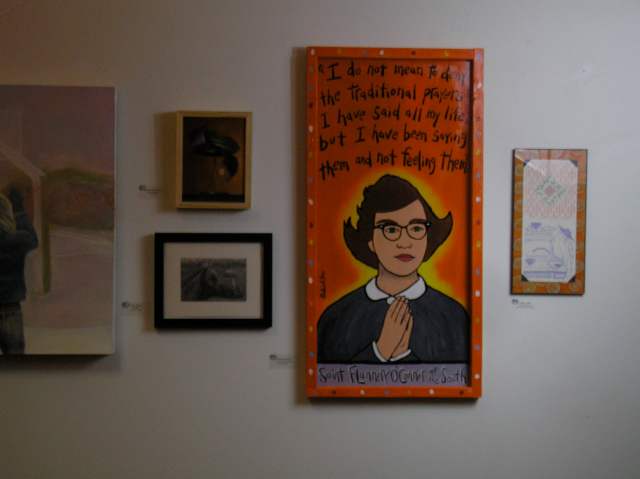 The portrait above is by Panhandle Slim, who also designed the green T-shirt.

Next up in Savannah is the Flannery O’Connor parade and street party at the end of March.  Several of us are going in costume, and  I have started making puppet heads (more on this later).

In Savannah, they love a good parade. 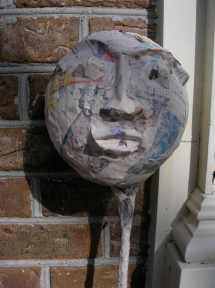 I grew up in the Appalachian "Bible Belt" of East Tennessee in the southern United States, listening to banjo music and gospel lyrics as well as the Beatles. As a kid, I was curious about religious rituals like speaking in tongues and snake handling but resistant to the fundamentalist thinking they involved. Flannery O'Connor's tales of religious fanatics, con men, bigots, and the spiritually bereft or ambivalent resonate for me. Despite having traveled widely and lived in other places, I am (as so many Southerners claim to be) permanently "South haunted." I returned to making art full time in 2011, following a career as a teacher, researcher, and consultant and after raising two sons. I’m convinced the delay enriched rather than impeded my growth as an artist.
View all posts by Lillian-Trettin →
This entry was posted in Current work, The Other South and tagged exhibits, Flannery O'Connor. Bookmark the permalink.