In preparation for an exhibit in North Carolina later this year, I’ve printed one design in several different colors to use like “fabric” in collages influenced by textiles. The designs on my husband Carl’s bouldering wall (below) were one source of inspiration. 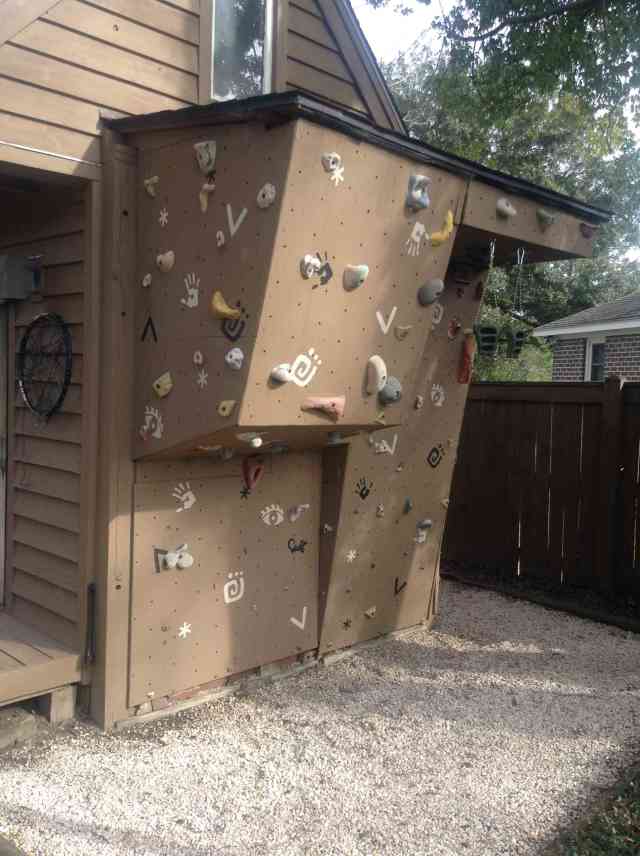 “Woven Together” is the title of the exhibit. Some of this work interprets figures and landscapes in the Blue Ridge Mountains, and some interprets figures and landscapes in Lesotho, a mountainous kingdom in Southern Africa, where Carl worked for several years.  I know the Blue Ridge Mountains well; I’ve never visited Lesotho and know it only from Carl’s accounts and photos (that’s Lesotho in the photo below).

For these images, I’ve worked from pictures of master weavers and herders in colorful blankets and pictures of Carl in the field. The blankets inspired my printmaking. The blankets are colorful and full of symbols, some related to luck and fertility and some evoking historical narrative (Queen Victoria’s crown, representing Britain’s colonial presence prior to independence in 1966).

“Woven Mountains” (below) was an exercise I set for myself, to work only with mountain ridges and only in blue (as weavers in Lesotho do for the tourist market). In my version, the mountains are blanketed with symbols from herders’ blankets and woven together with fog. Here you have not quite the final version. 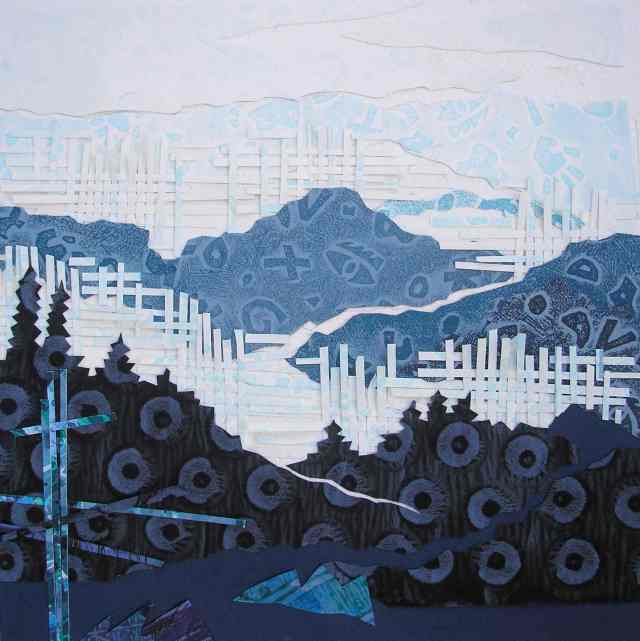 “Mountain Shaman” (below) integrates more of the same hand-printed paper into a ridge line with the figure of a shaman sitting on top.

He is part herder, part researcher, part mythical hero (perhaps an art deco Flash Gordon). As an armchair traveler, I feel free to draw from many influences. I don’t kid myself that the result says much about Africa—it’s an imaginary world that intrigues me. 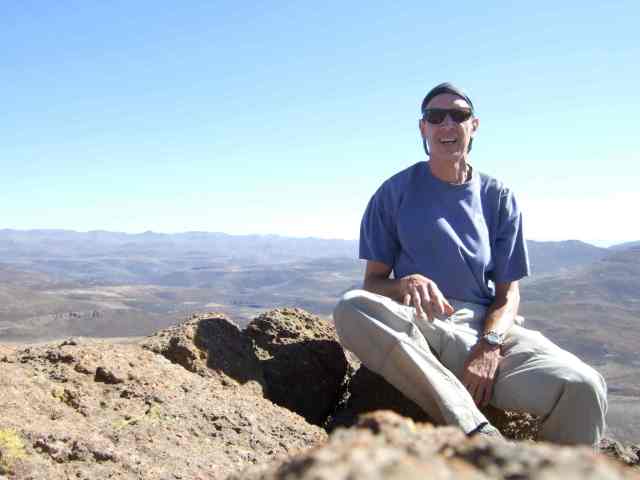 Advertising often does much the same thing; here’s an example from the Wall Street Journal: blankets intended for warmth while herding sheep at high elevation for lonely days on end become women’s colorful ethnic fashion statements. There you have the ironic space between imagery and intent, ever changing according to context.

http://www.wsj.com/articles/signature-african-blanket-becomes-a-fashion-accessory-1406155502  (note: you may have to enter this URL into your search engine to see the pictures)

I grew up in the Appalachian "Bible Belt" of East Tennessee in the southern United States, listening to banjo music and gospel lyrics as well as the Beatles. As a kid, I was curious about religious rituals like speaking in tongues and snake handling but resistant to the fundamentalist thinking they involved. Flannery O'Connor's tales of religious fanatics, con men, bigots, and the spiritually bereft or ambivalent resonate for me. Despite having traveled widely and lived in other places, I am (as so many Southerners claim to be) permanently "South haunted." I returned to making art full time in 2011, following a career as a teacher, researcher, and consultant and after raising two sons. I’m convinced the delay enriched rather than impeded my growth as an artist.
View all posts by Lillian-Trettin →
This entry was posted in Current work, Mountain South and tagged Africa, collage, cultural landscape, exhibits. Bookmark the permalink.