Last winter, my family made a hastily arranged trip to Rochester, Minnesota for reasons not to do with Art.  However, I always try to visit local art galleries and museums and was pleased to learn about this artist who had a show at the Rochester Art Center: 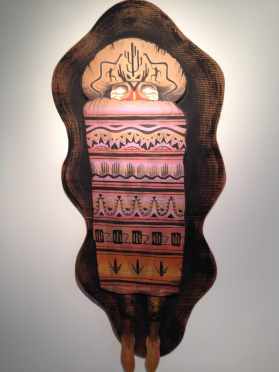 My son took a series of cell phone pictures. This information appears at the RAC website:

In Ilumíname, Dominguez creates characters and scenarios influenced by childhood recollections of playing Lotería, a bingo-like traditional Mexican card game. The cards used in Lotería depict an outlandish collection of consequential characters from nature, mythology, and everyday objects. In this body of work, Dominguez begins to explore similarities between Lotería and other mystical cards, like the Tarot, and their ability to conjure and calculate fortune and misfortune. His drawings and paintings on found objects, like cardboard boxes and manila folders, effortlessly and authentically reveal the artist’s struggles with identity and faith.

What an exciting talent! 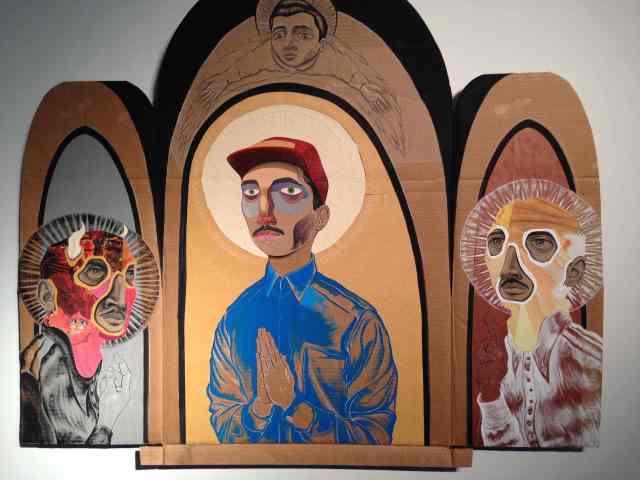 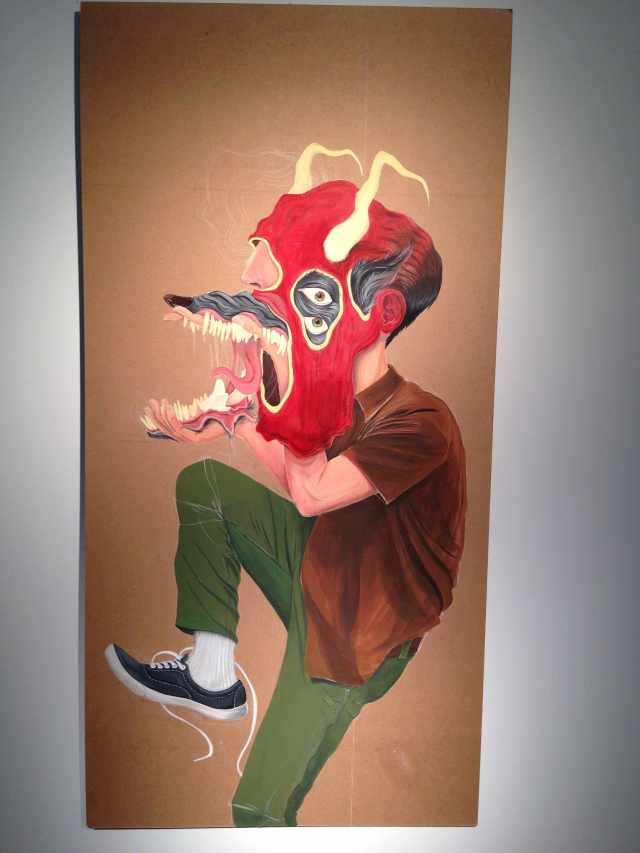 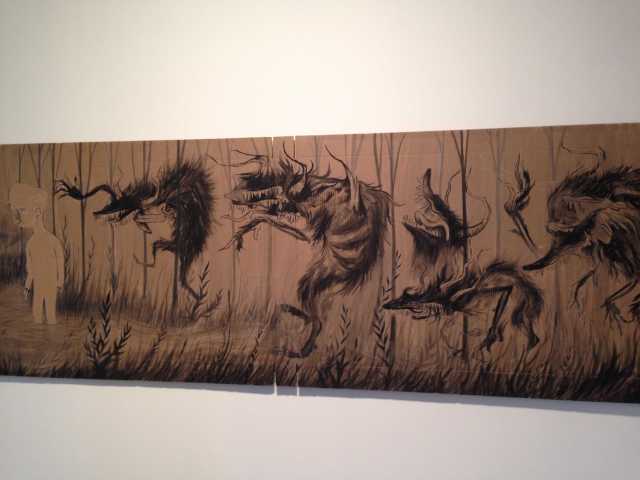 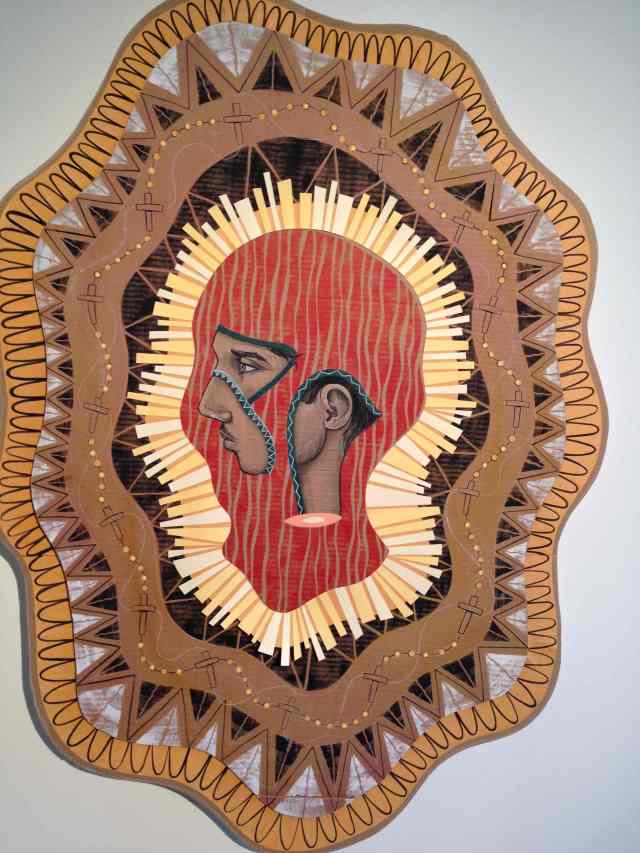 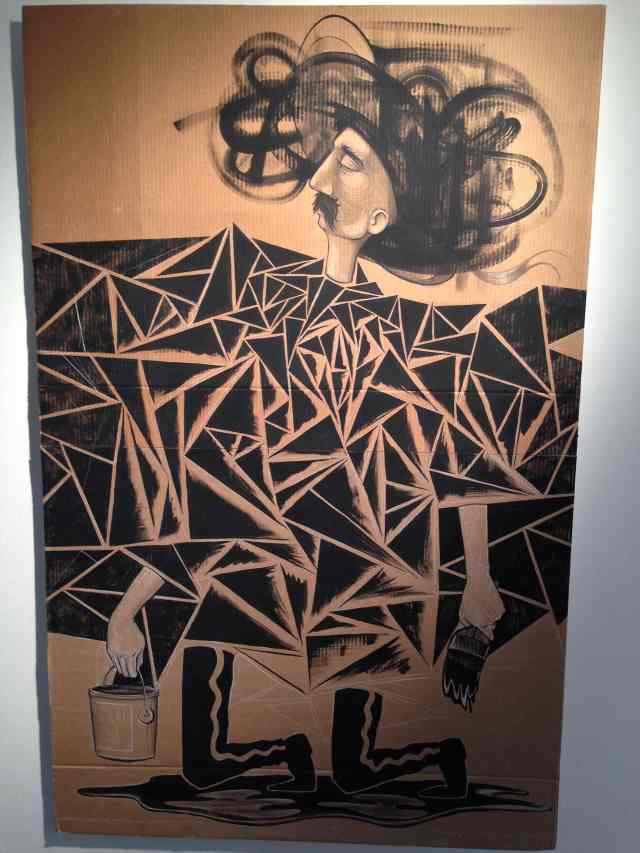 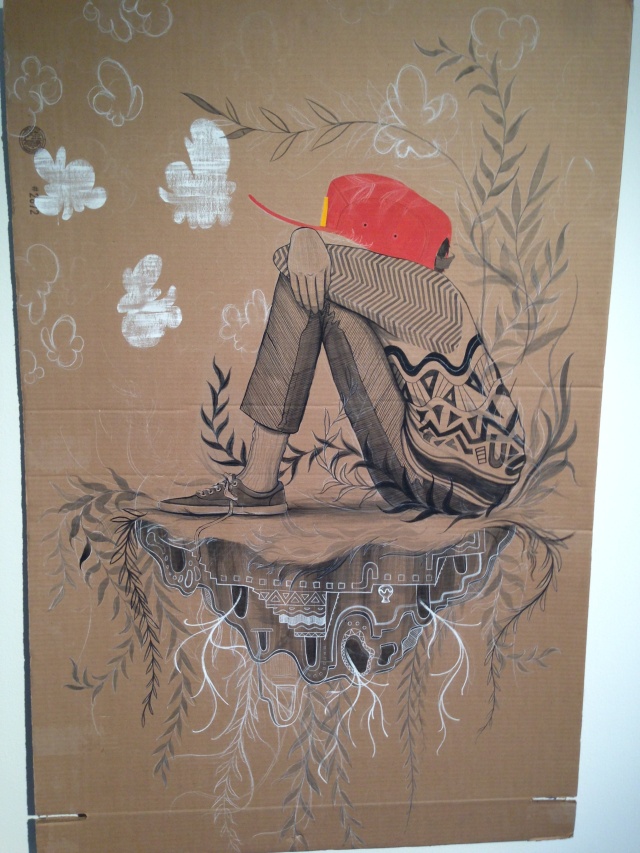 I grew up in the Appalachian "Bible Belt" of East Tennessee in the southern United States, listening to banjo music and gospel lyrics as well as the Beatles. As a kid, I was curious about religious rituals like speaking in tongues and snake handling but resistant to the fundamentalist thinking they involved. Flannery O'Connor's tales of religious fanatics, con men, bigots, and the spiritually bereft or ambivalent resonate for me. Despite having traveled widely and lived in other places, I am (as so many Southerners claim to be) permanently "South haunted." I returned to making art full time in 2011, following a career as a teacher, researcher, and consultant and after raising two sons. I’m convinced the delay enriched rather than impeded my growth as an artist.
View all posts by Lillian-Trettin →
This entry was posted in Uncategorized and tagged exhibits, Jose Dominguez, Mexican artist, Minnesota, narrative art. Bookmark the permalink.